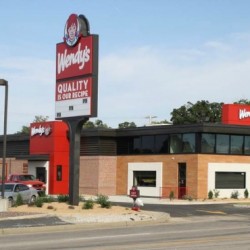 The Wendy’s Company (NASDAQ: WEN) is the world’s third largest quick-service hamburger company. The Wendy’s system includes more than 6,500 franchise and Company restaurants in the U.S. and 29 other countries and U.S. territories worldwide.

When everyday people sort through all the ‘spin’ there is one quick-service restaurant that is ‘A Cut Above’… that’s Wendy’s … we stand for honest food … higher quality, fresh, wholesome food … prepared when you order it … prepared by Wendy’s kind of people … people that believe this is My Wendy’s … we do it Dave’s Way … we don’t cut corners.

“Wendy’s brand transformation is re-energizing all of our touch points with consumers. From bold restaurant design to innovative food that consumers’ want, to improved customer service, this exciting evolution of our brand reinforces our mission to position Wendy’s as A Cut Above.” – Emil Brolick, The Wendy’s Company President & CEO

All elements of Wendy’s brand transformation are coming together in a powerful way in our sleek, contemporary Image Activation restaurants.

Not only do these restaurants deliver a striking street appearance, they are designed to greatly enhance the customer experience. Prominent features include fireplaces; a variety of inviting seating options, including lounge chairs and booths; Wi-Fi and flat-screen TVs; digital menuboards and more.

Coupled with friendly, courteous service, we’re working to create a welcoming ambiance that truly stands out. 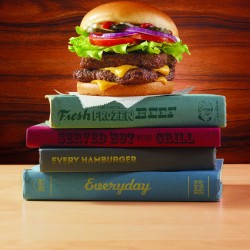