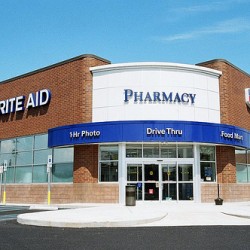 Rite Aid is the third largest retail drugstore chain in the United States based on both revenues and number of stores. As of February 27, 2016, we operated 4,561 stores in 31 states across the country and in the District of Columbia.
In our Rite Aid retail stores, we sell prescription drugs and a wide assortment of other merchandise, which we call ‘‘front-end’’ products. In fiscal 2016, prescription drug sales accounted for 69.1% of our total drugstore sales. We believe that pharmacy operations will continue to represent a significant part of our business due to favorable industry trends, including an aging population, increased life expectancy, anticipated growth in the federally funded Medicare Part D prescription program as ‘‘baby boomers’’ continue to enroll, expanded coverage for uninsured Americans as the result of the Patient Protection and Affordable Care Act and the discovery of new and better drug therapies. We carry a full assortment of front-end products, which accounted for the remaining 30.9% of our total drug store sales in fiscal 2016. Front-end products include over-the counter medications, health and beauty aids, personal care items, cosmetics, household items, food and beverages, greeting cards, seasonal merchandise and numerous other everyday and convenience products.
We differentiate our stores from other national chain drugstores, in part, through our wellness+ with Plenti loyalty program, our Wellness format stores, innovative merchandising, private brands and our strategic partnership with GNC, a leading retailer of vitamin and mineral supplements. We offer a wide variety of products through our portfolio of private brands, which continue to be well received by our customers. Private brand items contributed approximately 18.7% of our front-end sales in fiscal 2016.