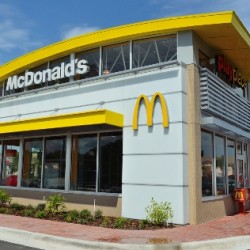 McDonald’s is the world’s leading global food service retailer with over 36,000 locations serving approximately 69 million customers in over 100 countries each day.  More than 80% of McDonald’s restaurants worldwide are owned and operated by independent local business men and women.

The company goal is to become customers’ favorite place and way to eat and drink by serving core favorites such as our World Famous Fries, Big Mac, Quarter Pounder and Chicken McNuggets.

The strength of the alignment among the Company, its franchisees and suppliers (collectively referred to as the “System”) has been key to McDonald’s success. By leveraging our System, we are able to identify, implement and scale ideas that meet customers’ changing needs and preferences. In addition, our business model enables McDonald’s to consistently deliver locally-relevant restaurant experiences to customers and be an integral part of the communities we serve.

McDonald’s customer-focused Plan to Win (“Plan”) provides a common framework that aligns our global business and allows for local adaptation. We continue to focus on our three global growth priorities of optimizing our menu, modernizing the customer experience, and broadening accessibility to Brand McDonald’s within the framework of our Plan. Our initiatives support these priorities, and are executed with a focus on the Plan’s five pillars – People, Products, Place, Price and Promotion – to enhance our customers’ experience and build shareholder value over the long term. We believe these priorities align with our customers’ evolving needs, and – combined with our competitive advantages of convenience, menu variety, geographic diversification and System alignment – will drive long-term sustainable growth.