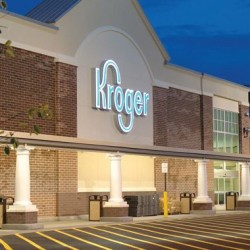 The Kroger Co. (NYSE:KR) is one of the world’s largest grocery retailers, with fiscal 2014 sales of $108.5 billion. The Kroger Co. Family of Stores spans many states with store formats that include grocery and multi-department stores, discount, convenience stores and jewelry stores. the company operates under nearly two dozen banners, all of which share the same belief in building strong local ties and brand loyalty with our customers.