The Official Sponsor of Birthdays

Together with our millions of supporters, the American Cancer Society (ACS) saves lives and creates a world with less cancer and more birthdays by helping people stay well, helping people get well, by finding cures, and by fighting back.

The American Cancer Society is a nationwide, community-based voluntary health organization dedicated to eliminating cancer as a major health problem. Headquartered in Atlanta, Georgia, the ACS has regional and local offices throughout the country that support 11 geographical Divisions and ensure we have a presence in every community.

As the nation’s largest volunteer supported mentoring network, we make meaningful, monitored matches between adult volunteers and children ages 6 through 18. We develop positive relationships that have a direct and lasting effect on the lives of young people.

Because Childhood Should Be Simple

Cook Children’s embraces an inspiring promise to improve the health of every child in its region through the prevention and treatment of illness, disease and injury.

As DFW grows, so does the need for quality pediatric health care. To fulfill our promise,Cook Children’s must also grow to reach children throughout North Texas. Our medical center offers surgeries, treatment for life threatening-illnesses and everything in between. Our neonatal intensive care unit offers all single rooms so parents can stay with their baby 24/7. We’re bringing specialty care to rural areas, operating neighborhood clinics in under-served locations and taking health care directly to kids with pediatric home health services. 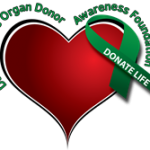 There is a critical shortage of organs in this country. More than 110,000 individuals currently await a lifesaving transplant in the United States. Of those, more than 10,000 are Texans.

Last year alone, more than 6,300 people died awaiting an organ transplant; that’s 18 people who die daily because an organ did not become available to them.

A person is added to the national organ transplant waiting list in the United States every 11 minutes.

The generosity of an individual donor can save up to eight lives through organ donation and enhance another 50 through tissue donation.

Honoring Their Sacrifice, Educating Their Legacy

ABOUT Folds of Honor

Since 2007, the Folds of Honor has carried forth this singular, noble mission. To stand in the financial gap of the more than one million dependents adversely affected by war, providing educational scholarships to the children and spouses of those killed or disabled while serving our nation. 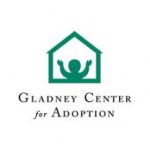 Our Heritage is our Stability

ABOUT Gladney Center for Adoption

Our Heritage is Our Stability — For more than 125 years Gladney has been a pioneer and leading voice for improving the lives of children, adoptive families and birth parents. With unwavering commitment, through good economic times and bad, we have focused on our mission and made a difference in the lives of birth parents, families and children here and around the world.

Because Freedom is Not Free

Thousands of miles away from home and loved ones… combat is lonely. Returning home to an awaiting hospital bed is even lonelier. Many of the wounded receive hospital visits from loved ones… some receive none and we have been there to help.

Operation Enduring Support was the idea of John Roure and Scott Haire to help soldiers and Marines who are serving in Iraq and Afghanistan by providing specialized equipment and training in an effort to keep our warriors from becoming casualties. We have also helped those individuals and their families that have fallen between the cracks of what services are currently available to assist them.

It is time that we all make a difference… Because Freedom Is Not Free. 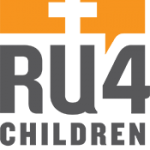 Nourish the Hungry, Inspire the Broken, Connect the World

Our focus is Guatemala/Central America. We aim to improve the health and life aspects of impoverished children by facilitating change through local leadership and local communities.

Connecting global communities to systematically improve the overall livelihood and well being of women and children.

Founders of the Wall

Based in Arlington, Virginia, VVMF (the Vietnam Veterans Memorial Fund) is the nonprofit organization authorized by the U.S. Congress in 1980 to build a national memorial dedicated to all who served with the U.S. armed forces in the Vietnam War. Incorporated on April 27, 1979 by a group of veterans led by Jan C. Scruggs, the organization sought a tangible symbol of recognition from the American people for those who served in the war.

The result was the Vietnam Veterans Memorial (commonly referred to as The Wall), which has become one of the most visited memorials in Washington, D.C. with an estimated 5.6 million annual visitors.

Since the dedication of The Wall, VVMF has pursued a mission of preserving the legacy of The Wall, promoting healing and educating about the impact of the Vietnam War. Our latest initiative is the campaign to build the Education Center at The Wall. The Education Center will show the pictures and tell the stories of those who made the ultimate sacrifice in Vietnam, provide a rich educational experience on the Vietnam War, show some of the more than 400,000 items left at The Wall, and celebrate the values exhibited by America’s service members in all wars.